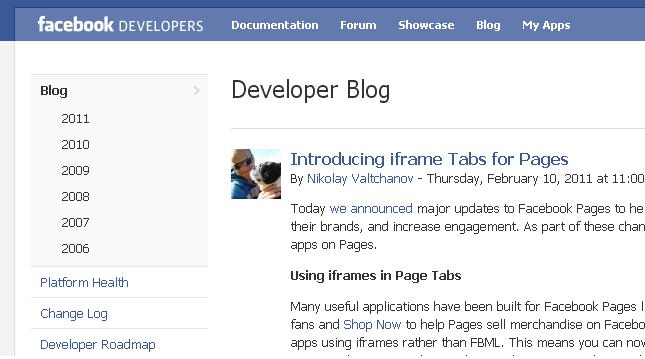 Social media is a fluid industry, and no company tests our ability to go with the flow more than Facebook. Last week they officially began the process of deprecating the FBML app.

What the hell does that mean? Good question.

FBML is the app that most of us were using to create custom tabs. It was Facebook’s propriety language, that was actually a sub-language to HTML. There were some basic calls in FBML that we could leverage to make these tabs more interesting. Possibly the most popular of which, was the fan-gate. This allowed you to create a welcome tab which gave non-fans one view, while fans saw another.

By deprecating the FBML app, Facebook is slowly making it a relic by disabling existing call options. Starting, of course, with the fan gate. So, IF YOU HAVE A PAGE THAT HAS AN FBML TAB THAT USES FAN GATING, IT NO LONGER WORKS.

So, what am I supposed to do now? Another good question.

In place of FBML, Facebook is asking users to use iFrames. As with all Facebook changes there are good and bad things that come with this. The bad is mainly around having to rejigger everything you’ve already built based on FBML, the good is that once you learn how to use this new protocol, you’ll have a lot more flexibility.

Essentially, rather than building a tab natively, now you’ll be able to serve up content that you host off of Facebook. It’s kind of like you’ll want to build a page off of FB and then you mirror it via the iFrames onto your page. The other thing is that, rather than just having new tabs, each iFrames app is…well an app that you build. So, getting one created is a bit more complicated than just making a static fbml tab.

Ok that’s a really high level overview for now. I’ll provide more updates as I get a chance to handle changing over the pages here at work. Let me know what your experience has been, in the comments below.